42 OBIE Awards Presented for Exceptional Out of Home Advertising 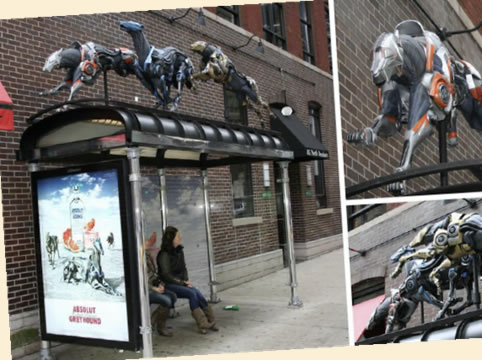 “The OBIE Awards honor the best of the best in out of home advertising design,” said OAAA Chief Marketing Officer Stephen Freitas. “We look for executions and campaigns that deliver that ‘wow’ factor to engage consumers, and this year’s winners have demonstrated what it takes to go above and beyond good creative to achieve exceptional OOH campaigns.”

Droga5 took home the 2013 Best Billboard Campaign award for its “Day One” campaign developed for Prudential Financial. This billboard campaign revealed stories from real people about what retirement meant as they entered this new phase of life. Show Media/Dom Camera & Company was honored with the 2013 Best Street Furniture, Transit, or Alternative Campaign award for Bravo’s “Interior Therapy with Jeff Lewis.” The campaign branded and decorated a fleet of New York taxi cabs with various decor themes, offering free rides to delighted passengers on the streets of Manhattan. TBWA\Chiat\Day was presented with the 2013 Best Multi-Format Campaign award for ABSOLUT Greyhound. The campaign deployed a variety of out of home (OOH) advertising formats including billboards, bus shelters, bus wraps and walls - with and without extensions and 3D props - bringing to life the elegance and energy of greyhound dogs to herald ABSOLUT’s new Greyhound cocktail.

Freitas added, “Each of these top campaigns made headlines by incorporating striking creative elements that prompted consumers to engage with the brand by sharing photos, visiting websites, and helping the brand to ‘trend,’ which is exactly where OOH is heading in today’s new media landscape.”

Legendary brand ESPN was honored with the 2013 OBIE Hall of Fame Award, recognizing the brand’s consistent excellence in OOH advertising design over 33 years.