ADVERTISING: Catch KCal 96.7′s award-winning billboard on the I-10 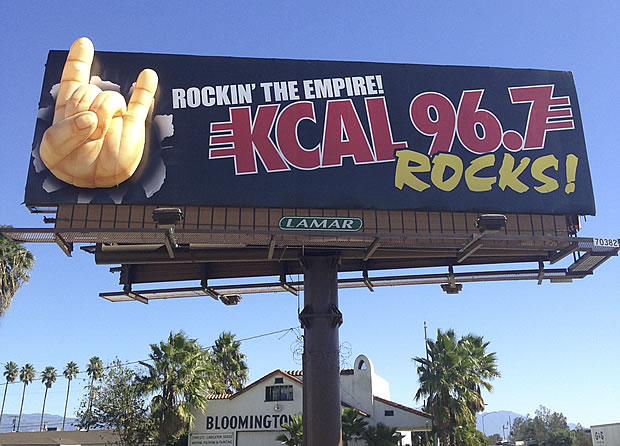 You can see the rock station’s winning design on the eastbound 10 Freeway just west of the Cedar Avenue exit in Bloomington. The billboard features a 10-x-14-foot inflatable hand throwing the “rock horns” bursting out of the familiar KCAL logo.

The board is scheduled to appear  through November, but its run could be  extended.